Manchester is situated in Northwest England. This city has a rich history and culture and is offers urban living, superb travel links and beautiful countryside. 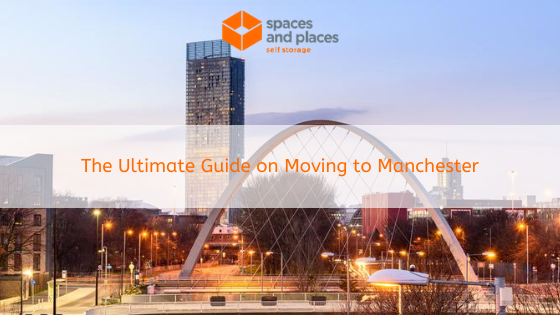 Manchester itself has a lively city centre and offers fantastic nightlife. It’s also home to iconic sports clubs and stars. Want more reasons why you should move to Manchester? Check out the following information.

It’s Small and yet Big Enough

Manchester might a smaller city than London or Birmingham, but it has enough spaces and places that you can explore and enjoy. You can visit the Etihad stadium, home to Manchester City Football Club, or Old Trafford, where the Red Devils (MUFC) play.

If you love art, you may pay a visit to the Whitworth Gallery and see avant-garde photography and Old Masters. Keen on history? The Salford Quays dockyards now house the Daniel Libeskind-designed Imperial War Museum North, and provides great parking and a café. And just over the road is MediaCityUK and the famous Lowry cultural centre.

Manchester was ranked twice as the most liveable city in the UK in 2018 and 2019. The ranking was based on healthcare, crime rates, social stability, and education. Therefore, whether you are looking for a new job or a stable place to live with your family, Manchester is the elite option.

Attracting significant investors is the key to building a productive economy as it creates job opportunities. Manchester has done just that and was ranked as the 44th city to have accelerated growth in the labour market. This means that you have a high chance of getting employed in Manchester than most of its neighbouring metropolitans.

Manchester is a modern city with great infrastructure. From excellent public transport to modern buildings, this city has everything you would want to see in a developed place.

It even has a hop-on-hop-off shuttle bus that will make it easy for you to find excellent self storage units in Manchester when you need to store some of your belonging when you relocate here.

It’s Home to a World-Class University

QS World University Rankings 2020 ranked Manchester University as the 27th best university in the world. This institution has a population of about 80,000 students, which makes it very lively to pursue your education. It also makes the areas neighbouring the university very vibrant.

Whether you are moving from the furthest corner of the world or other parts of the UK, Manchester is the place to live. From picturesque countryside to a lively urban life, this city has everything for everyone. It also has excellent infrastructure and high employment opportunities.

Starting a business in the UK is something people dream of doing, but in 2016 we saw people acting on these dreams and can at last call themselves an Entrepreneur.

More people were inspired to start a new business in the North West than London last year.  R3 – The UK’s leading organisation for insolvency, restructuring and turnaround, revealed that the number of active businesses increased by 32,774 since December 2015.

This new data showed that the number of companies in London grew by 6 per cent compared to the North West where there was a 10 per cent company growth.

In light of the UK having its highest level of active businesses, now over 347,200, it is easy to see that there is a strong start-up culture growing in the UK.

These figures prove that there has been a significant growth in entrepreneurial spirit and a strong drive to run a business.

The most popular business growth sectors

Technology and IT – 14 per cent increase

Transport had the largest growth, with over 6,500 businesses and even though food and drink are a popular business opportunity for start-ups, there has also been a drop in these businesses succeeding due to the economy.

The growth in transport businesses is most likely due to online shopping, which in turn creates an increased demand for couriers. Also, Richard Wolff, the North West chair of R3 stated that Uber and Deliveroo have made it easier for individuals to set up and become involved in the transport business.

After seeing the growth, success and new business opportunities through 2016, it is natural for many people to see the potential and positives revolving around running your own business.

If you are inspired and wish to challenge yourself in 2017, read our Spaces and Places blog on how to Start a New Business This New Year.

Over the last few years, Manchester has become a desirable city for everybody, ranging from businesses and students to musicians and thespians; Manchester is the place to be. With more people becoming drawn to living in the city, comes more people seeking an apartment in the city centre.

Manchester’s population has continued to grow year on year, but finding a place to live has become a challenge for Manchester residents. Studies have emerged that certain properties have been let in just one hour and on average, each apartment receives three or four offers.

The city has a strong economy and a growing population, which has made Manchester a place of opportunity and possibility for all types of businesses.

Due to the high demand of businesses looking to rent space and with there being over 2,000 prospective tenants wanting to rent 130 properties listed, rental prices have increased. The M.E.N stated in 2015, that rental prices across Greater Manchester had increased by over 20 per cent in 12 months.

An option for many business owners is self-storage, especially around Christmas when business is booming and products are in high demand. Whether you turn to self storage to store extra stock or run your business from a unit; you are in a win-win situation.

Storage units are dramatically cheaper than renting in the city centre, and allow you the flexibility to rent more or reduce the amount of units you need. All you need to do, is give a week’s notice. To learn more about why businesses are turning to self storage, click the link.

At Spaces and Places we offer 24/7 CCTV surveillance, secure fencing, strict security protocols, a coded gate and other important security features to ensure your products are kept safe and secure at all times.

If you are looking to start up a business, or are a business owner but find it increasingly difficult to afford rental prices in the city centre, then get in touch with Spaces and Places Manchester – our friendly staff are here to answer any questions you may have.